Posted on February 25, 2013 by themarkgrimm
Reply

What does it take to keep a family business going for nearly 50 years?  A big part of the secret is good communication.

Alpin Haus began as a little ski shop in 1964 in tiny Amsterdam, NY and is now one of the Northeast’s top outdoor recreation retailers.

Its president, Andy Heck, points to its communication culture as one of the keys to success. He spoke to a Consulting Alliance audience in Albany.

“We outfriendly the competition,” says Heck. “If you’re not outgoing and friendly you can’t work at Alpin Haus.” Employees are expected to share their enthusiasm for their products (RV’s, skis, boats, etc) with customers.

Alpin Haus has opened up staff meetings to all employees and, with the exception of the most sensitive financial data, all issues are on the table. Heck says he wants employees to “tell us what we need to hear.”  The same holds true for customers with the retailer’s longstanding policy to “face a crisis head on. Don’t hide from it.”

There is evidence the approach is working. Alpin Haus has grown to more than 200 employees, won numerous Best Place to Work awards and Heck says 20 employees who once left the business for greener pastures have eventually returned.

There are other ingredients in the successful stew, such as being willing to adapt, allowing employees to make decisions on the spot and managing the obstacles well (the economy, weather, etc). They “do what it takes” to create a pleasurable experience for those who use their products.

But good communication is always a staple. Hard to argue with success.

The writer owns a company involved with message strategy and improving communication skills. Feel free to call on him for help.

Posted on February 13, 2013 by themarkgrimm
Reply

A great speech tells a story by painting a picture with a clear, consistent message. Could you summarize President Obama’s State-of-the-Union address in a single line? I doubt it. It was a checklist not a story and had inconsistencies that muddled his clarity.

While he called for “smarter government” instead of bigger government, he also called for more pre-school education, repairing 70,000 bridges, creating new institutes for manufacturing and other ideas that require government involvement.

His plea to be “partners not rivals” with Republicans, also included an attack that we can’t drift “from one manufactured crisis to the next,” a condescending shot at Republican policy on the debt limit.

The checklist approach to these addresses is not new. Its designed to curry favor with specific constituencies and often the president gets a temporary bump in polls right after them. But the communication world is changing fast. Attention becomes more of a commodity every day. Presidents continue to waste this precious resource — the attention of 45 million people for an hour — with the same old, same old.

The president’s second term communication plan should be less about what he wants to do and more about how he will get it done. He should have painted a picture that looks something like this: “You re-elected me and a Republican majority in the House. That’s gridlock. I get it. Here’s what I plan to do to fix that problem.”

President Obama is a bright, articulate man with lots of charm and a conversational speaking style. He does have a truncated cadence and a certain detachment often creeps into his speeches. But his biggest improvement opportunity, however, rests with clarity (or the lack of it).

Florida Senator Marco Rubio, who gave the Republican response, is a rising star. His humble Cuban roots are a GOP political consultant’s dream. He’s smart, articulate, passionate with a strong conservative record. While many top Republicans are floundering, he got in the President’s face with a “no apologies” defense of Republican principles. But he had nothing about fixing the gridlock either. And his awkward water break (click below) demonstrated he needs a lot more seasoning.

It’s hard to believe no one thought about having a glass of water well within reach. Nervousness can give you cotton mouth in a hurry and Rubio had plenty to be nervous about. This was the most important speech of his life. But lessening speech anxiety is about the right kind of preparation. His “deer in the headlights” look when reaching for the water broke the rhythm of the speech, affecting a presentation that had some giddy up to it.

Just last year, Rubio suddenly discovered he had no last page while reading a speech. There’s no excuse for inadequate speech preparation, especially for a presidential aspirant.

Focus on delivering value to the audience. Be better prepared. Maybe we did learn something from last night’s speeches after all.

The writer is a speaking coach and former elected official who has made hundreds of presentations and media appearances. 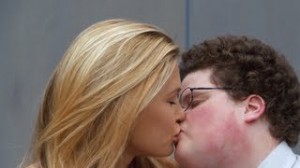