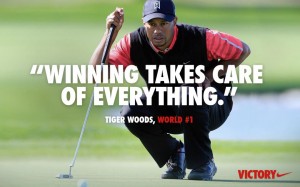 “If it takes someone more than 20 years to notice how to properly use ‘it’s,’ then that’s not a learning curve I’m comfortable with.” – Kyle Wiens

A new analysis of the writing in LinkedIn profiles draws a correlation between good grammar and professional success. The higher up you go, the better the grammar gets.

I’m a strong believer in conversational writing that omits much of the bureaucratic speak that bores us to death. But casual writing and good grammar are not mutually exclusive. Why not make good use of them both?

The writer owns a communication business and is an adjunct college professor. Don’t hesitate to contact him for communication help.

The bad times for traditional media are getting worse and nearly every citizen is becoming part of the mass communication landscape. The question is, “Are they ready for it?”

A new report from the Pew Research Center reveals newspaper employment is off 30% from its peak in 2000 and local TV audiences were down “across every key time slot and across all networks in 2012.” Average revenue for news-producing stations dropped 36% from 2006-2011.

Ironically, these cutbacks have made traditional media outlets less capable of confronting the very competition that is pulling them under. Instead of providing more in-depth, quality coverage that would give them the edge over the many other information sources, they are doing less. In fact, about 40% of local TV news content last year was weather, sports and traffic. To add insult to injury, the non traditional information producers are getting much better at using technology to circumvent traditional media all together.

Everyone on Facebook is now a publisher. This is enormously good and bad news. It’s good because a few powerful media outlets will never be able to command the attention of the masses again. This is a body blow to media bias because such power can never really be entrusted to any small group. Mass communication today is far more democratic and the diversity of views has expanded beyond our wildest dreams.

And now the bad news. Journalism requires skill. Accuracy, fairness, context, clarity — no one is born with these traits, you have to learn and refine them. The Internet is the “Wild West” of information consumption and it’s hard to locate the good among the bad or to even know the difference if you did.

So what lies ahead for the age of the citizen communicators? That story has yet to be written. We’ve upped the ante on being interesting. Our education system must place more focus on developing communicators who care more about what their audience wants than what they want. Greater skill is needed in story telling. When was the last time college entrances exams tested for that? Concise language and savvy use of visuals are tools that are needed more. And everyone needs a plan on how to be informed. It won’t ever happen by chance.

Those who achieve these skills will own the 21st century. They will have a much better chance at happiness.

As for those in traditional media, the best storytellers will always have an audience. And the gatekeepers…they’ll never have it like they once had.

The writer, a former TV anchor, owns a communications business and is an adjunct media professor.

No one is born a great speaker. You have to work at it. Speaking is a skill that needs to be developed, like any other skill. The claim someone is a “natural” at speaking underestimates what it really takes to be great. Some people say LeBron James is a natural, too. Then, why does he work so hard at improving his shooting, defense and passing?

It’s true some people are more extroverted by nature and more comfortable in front of people. But comfort level can be altered and being relaxed is just one aspect of great speaking. The first step in great speaking is good research. You can find anything you need to become a great speaker, to regain your confidence and you learn so much more about yourself — finding out what the audience really wants to get out of the presentation and then designing a program to exceed those expectations. Great speaking is about editing, taking a large body of information and paring it down for the audience. Sharp editing and the use of concise language are learned skills and very few people do them really well. Listening is also needed in presentations, a skill that doesn’t come at birth either. How well does your two-year-old listen? How about your teenager?

A speaker once told me he didn’t need my coaching help because he was able to easily “wing it” in front of the audience. I replied, “Yes, it appeared like you were winging it.” He wasn’t connected with what his audience was thinking.

Speaking also requires us to get constant feedback from our audience — what they like and don’t like. It is the only way to get better. No truly great speaker is ever completely satisfied with his/her performance.

Great speaking, as much as any field I know, is open to everyone. It’s not what you were born with, it’s how you use what you have. With the right coaching, the sky is the limit.

The writer is a professional speaker with many speaking coaching clients. Don’t hesitate to contact him for help. His speaking book is available here.