Valentine’s Day is a great chance to show what that special person means to you. Christmas has presents for the kids. Thanksgiving is consumed with food and family gatherings. Valentine’s Day is “show time” for lovers. Make the most of it. 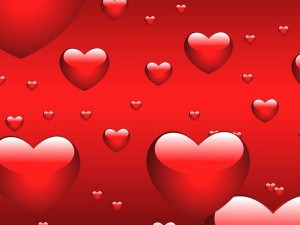 Try something different this year. Write a personal note that is both specific and revealing. If you need a hand getting started, maybe this will help:

1- Jot down the things you love most about your partner. Make a list.
2- Think of specific examples that reflect those traits
3- Locate a photo or two that represents the examples
4- Create a brief outline that tells this special story
5- Start writing

You don’t have to be Hemingway. A little editing here, a little polishing there, and you will have something that will be memorable.

You have the time. How much of it have you spent on social media lately? Give it a break for a moment and pause for something that matters a lot.

Flowers last a week. Candy is loaded with fat. The right note can be an enduring treasure. Go for it!

The writer runs a communications business and has the good fortune of having the best wife and daughter any man could hope for.

Though NBC has suspended its top anchor, Brian Williams, for six months without pay, there’s no guarantee Williams will be coming back.

NBC took action after its reputation was harmed over revelations Williams lied about a story he covered, and maybe others as well. NBCUniversal CEO Steve Burke called it “inexcusable.”

There are two things Williams must do to save his career.

1-Face the Music
He cannot hide from the media forever. At some point soon, he has to explain his actions and convince people he is truly sorry. This must be either at a press conference or during a hard-hitting interview (not at NBC).

I began as a good journalist. But, at some point, I fell into the celebrity pit where self promotion becomes so engrained in your psyche you lose sight of the difference between fact and hype. I don’t know how or when it happened. I only know it was wrong and that I deserve my punishment.

I will disappear from public view during my suspension to contemplate where I went wrong and to prove to myself, and others, public adulation is not the principle sustenance of my life.

I regret the harm I have done to NBC and my profession. I know I have let our viewers down.

I hope I get a second chance. I understand there would be zero tolerance for false or misleading statements. And that second chances are final.

The NY Times reports Williams once told NBC executives he was interested in being a late-night talk show host, perhaps even Leno’s replacement. It confirms his love of celebrity. Can he resist this temptress and return to sound journalism once again. Will he get the chance?

Posted on February 6, 2015 by themarkgrimm

(For a later updated blog on Williams, please click here)

“I don’t know what screwed up in my mind.”
– Brian Williams, NBC Evening News anchor 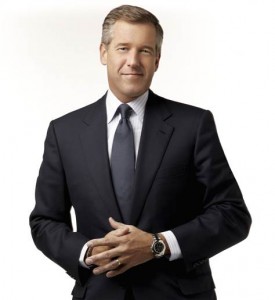 Mr. Williams will have to do better than that to explain his false statements that his helicopter was shot down in Iraq in 2003. Actually, another chopper was shot down, not his.

When he repeated the false story last week, the Internet exploded with criticism from veterans who were there, leading to an expose in Stars and Stripes.

Williams apologized on the air during a newscast this week, but offered no explanation for why it happened.

Williams must now be willing to adhere to the same level of accountability he would expect from the people he covers. He must face the media. He should hold a press conference (or perhaps a hard-hitting interview with a non NBC journalist) to explain why someone should believe this is a case of sloppy memory or exaggeration, not deliberate deceit. This will allow his viewers, nearly nine million of them a night, to judge for themselves. If he’s not convincing, he’s toast.

Personally, I want to believe Williams did not deliberately lie. He must have known there were too many witnesses to refute his story and he himself has publicly reported it was not his helicopter that was hit. In 2003, he reported, “the Chinook ahead of us was almost blown out of the sky.” In a 2007 blog, he wrote, a RPG hit the “tail rotor of the chopper flying in front of ours.”

Why would a real liar behave this way?

Our memory can play tricks on us sometimes and the alterations often paint us in a more favorable light. Just ask your buddies to recall their best high school football moments. But network news anchors face a higher standard because credibility is the coin of their realm.

I have met Mr. Williams and have followed his career closely. I admire his self- effacing sense of humor. But if he doesn’t face the music in a convincing way, they will start playing “Taps” on his job.

The lead on the “Brian Williams Story” today: Giving people a choice between “sloppy with the facts” and “outright lying” is not a good place for any journalist to be in.