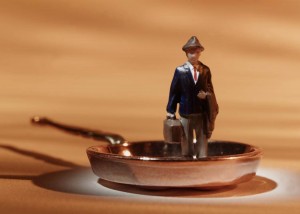 Penn State leaders did irrefutable damage to the university’s reputation by trying to cover up the criminal conduct of a now convicted child molester. Their total disregard for the welfare of children painted themselves into a corner that no amount of PR could ever completely fix. The university’s crisis communication plan should have been put in place the moment the scandal was revealed to them — fire everyone involved, present a clear plan to prevent the atrocity from ever happening again and begin persistent and effective work to help victims of abuse. The irony is, of course, Penn State leaders failed to act initially because they feared bad publicity would affect its reputation. How well did that strategy work?

2-    Show Genuine Empathy to Those Harmed

Empathy is not a show, it’s a heart-felt trait that needs to be genuine. If the CEO is not capable of it, put someone out there who is.

The proactive and thorough plan worked. Within a year, Tylenol regained 80 percent of its former market share. This proactive response no doubt cost J & J a fortune but their focus on the long-term picture saved the Tylenol brand. Incidentally, decades later, the murders remain unsolved.

Never underestimate the value of good conduct in a crisis. People have shown remarkable forgiveness to those willing to admit their mistakes and present a plan for fixing a problem. Time and time again the cover up has caused far more damage than the original mistake. Even with presidents. Richard Nixon resigned because of the Watergate cover up, not the initial burglary. The House of Representatives impeached Bill Clinton not for his misconduct with an intern, but for lying about it under oath and obstructing the investigation.

The writer is a former TV news anchor/reporter and former adjunct media professor who runs a communication training and strategic counseling company.

Posted on September 23, 2011 by themarkgrimm
Reply

When you respond to a question with a “No Comment” you actually are making a statement: “I don’t want to answer that question and I really wish you had not asked it.” Whether it is in front of a camera or not, we all will be asked questions we don’t want to answer. “No comment” is not the way to proceed for many reasons.

(1) The phrase has a stigma attached. It makes it look like you are hiding something.
(2) It doesn’t resolve the issue for the questioner. That response only gets them more interested in the real answer.
(3) There is often a legitimate reason for not answering a question and you have an opportunity to explain what that is.

If there are legitimate reasons for not answering a question, prepare an answer that makes your case. Sometimes you have confidential information that you shouldn’t share and you should be willing to acknowledge that. Attorneys will often not answers questions regarding a pending case and should be prepared to explain why (lawyers frequently go over board on this and won’t answer anything just to be safe). Sometimes you do not have all the facts yet and answering a question could be a mistake. So how about saying, “We don’t have all the facts yet,” and explain when you think you might. Some questions are personal and you are well within your rights not to answer them.  Your response should be along those lines according to New Jersey Criminal Law Attorney (https://newjerseycriminallawattorney.com/gloucester-county/). If you really can’t come up with a good reason for not answering a question, maybe you should reconsider why you are avoiding it. If you are ever completely caught off guard to a question, there is one other alternative, say nothing. Otherwise, make you case.