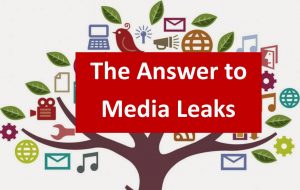 As a former reporter, I can say some of my best stories came from leaks. Yes, leaks to the media drive presidents crazy. But, Mr. Trump is not the first to be frustrated by them. And he won’t be the last.

So, what causes leaks and what should be done about them? Every person who leaks information to the press has an agenda. It’s the journalist’s job to be aware of what it is.

There are many reasons for the behavior. Those leaking:

The last two reasons are why leaks are needed. Otherwise, too much government incompetence, deceit and corruption would go unnoticed. The same can be said for corporate misbehavior, too.

But, not all leakers are created equal. If someone consistently tries to undercut administration policy simply because he/she doesn’t agree with it, they deserve to be disciplined. Of course, they have a right, and obligation, to register dissent. But once policy is set, they should make a good faith effort to comply. Policy must be set by the elected officials, not by unelected bureaucrats. Too many bureaucrats think they have earned the right to set policy. They haven’t. That’s why elections matters. The same applies to leakers with personal axes to grind.

How Do You Deal with Leaks?

Checking staffers’ cell phones is not the answer. It sends the wrong message: you don’t trust your own staff. Better approaches include:

For the public, they should remember government and the media each has their own agenda, too. Seek information from multiple sources, pay more attention and speak up.

Mark Grimm spent 12 years as a TV journalist, 11 years as a media professor and hosted a popular radio show for 14 years.