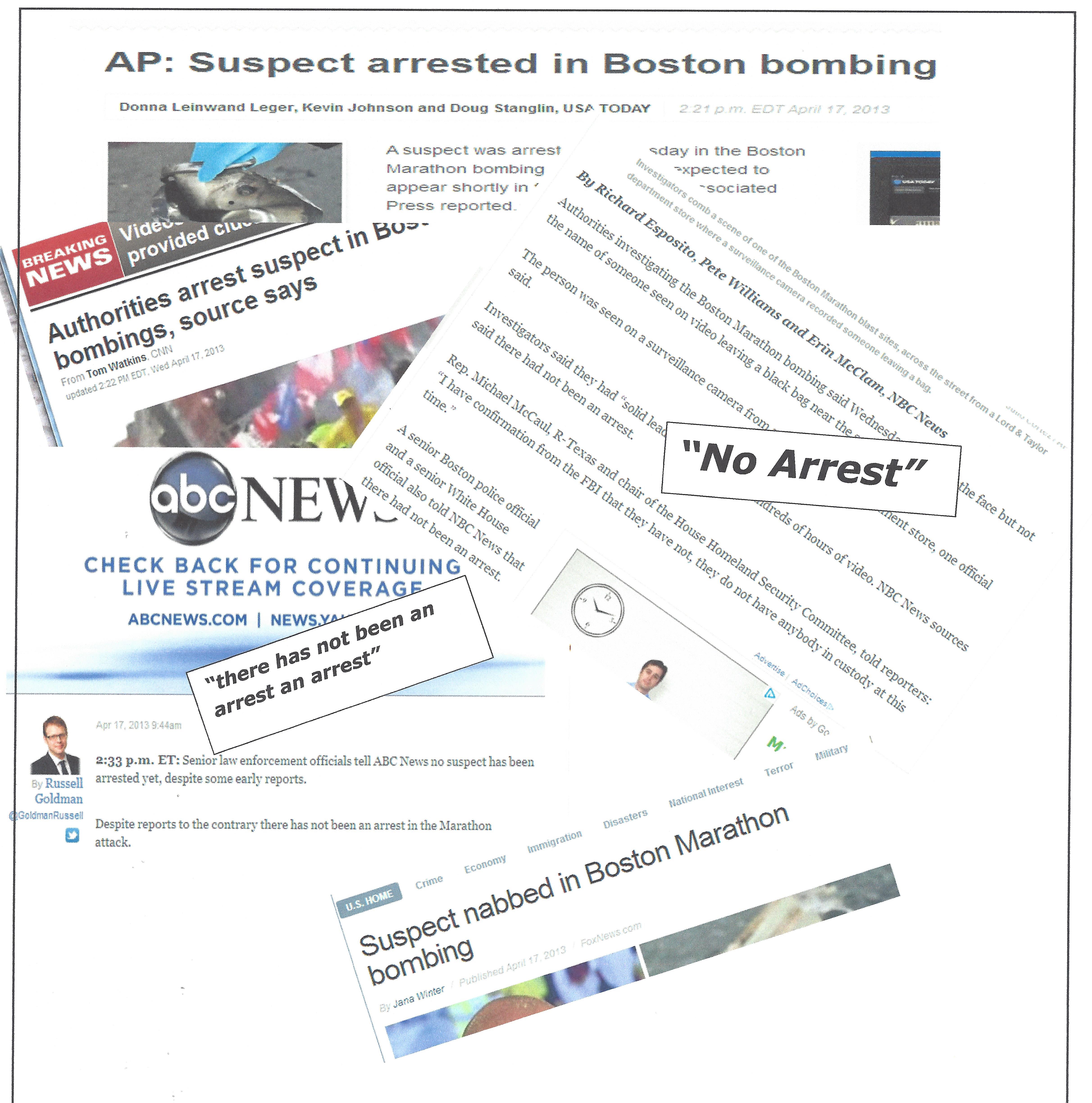 Scratching your head? How could experienced journalists who know being careful is so important present such conflicting reports?

Since official public notification usually runs behind what “sources” tell the media in such big stories, journalists rely on their sources to get the scoop. There is fierce competition and a 24-hour news cycle. Being first on a major story can make a journalist’s career or provide him/her with incredible exposure. They almost beg their sources for hot tips and sources love to give them. It makes them feel important or they like being owed a favor, or some times, they just feel the real story needs to be told.

Some times, even good sources get it wrong. They’re not in the loop as much as they think, they misunderstand what was said, or things change unexpectedly right after they talk with the reporter. That’s why multiple sources are preferable. As consumers, we’ve also become accustomed to screw ups in the early moments of breaking stories, so the penalty for getting it wrong isn’t as devastating as it might be.

Journalists should place a higher priority on getting it right than getting it first. Easier said than done in this environment.

Consumers should rely more on multiple sources of information. It’s the path to being well informed. And be wary of the first reports just as the big story hits.

The writer is former TV anchor/reporter who broke a number of stories using sources. Feel free to call on him for media counsel or training.